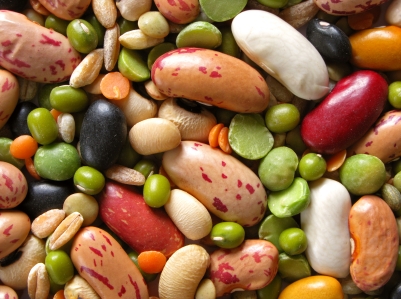 A bean is the seed of a flowering plant in the Fabaceae family that is used as a vegetable for human or animal consumption. They are used in many traditional recipes around the world and can be cooked in a variety of methods, including boiling, frying, and baking.
With over 20,000 species, the Fabaceae or Leguminosae family (often known as the legume, pea, or bean) is the third-largest flowering plant family. Legumes are a nutrient-dense mainstay of many people's diets all across the world. They're a good source of protein, vitamins, complex carbs, and fiber at a low cost.
Although the phrases "legumes," "pulses," and "beans" are often used interchangeably, they have different meanings. Any plant of the Fabaceae family, including its leaves, stems, and pods, is referred to as a legume. The edible seed of a legume plant is known as a pulse. Beans, lentils, and peas are examples of pulses. Beans, in all of their varieties (kidney, black, pinto, navy, chickpeas, and so on) are a type of pulse.
The United States Dietary Guidelines (approximately 3 cups per week) and the National Heart, Lung, and Blood Institute's DASH Eating Plan both recommend legumes (4-5 half-cup servings a week). In 2016, the United Nations' Food and Agriculture Organization (FAO) named 2016 the International Year of Pulses, highlighting the importance of pulses in food production and nutritional diversity in the fight against hunger and malnutrition.

Beans and pulses are good for the environment, and they have several characteristics that make them suitable for sustainable sourcing. Because legumes pull nitrogen from the air into the soil, they reduce the requirement for nitrogen-based fertilizers and runoff into rivers. Beans and pulses are low-water-use crops that can maintain output even during droughts. They also boost soil fertility and biodiversity, and their root systems help to stabilize the soil and prevent erosion.