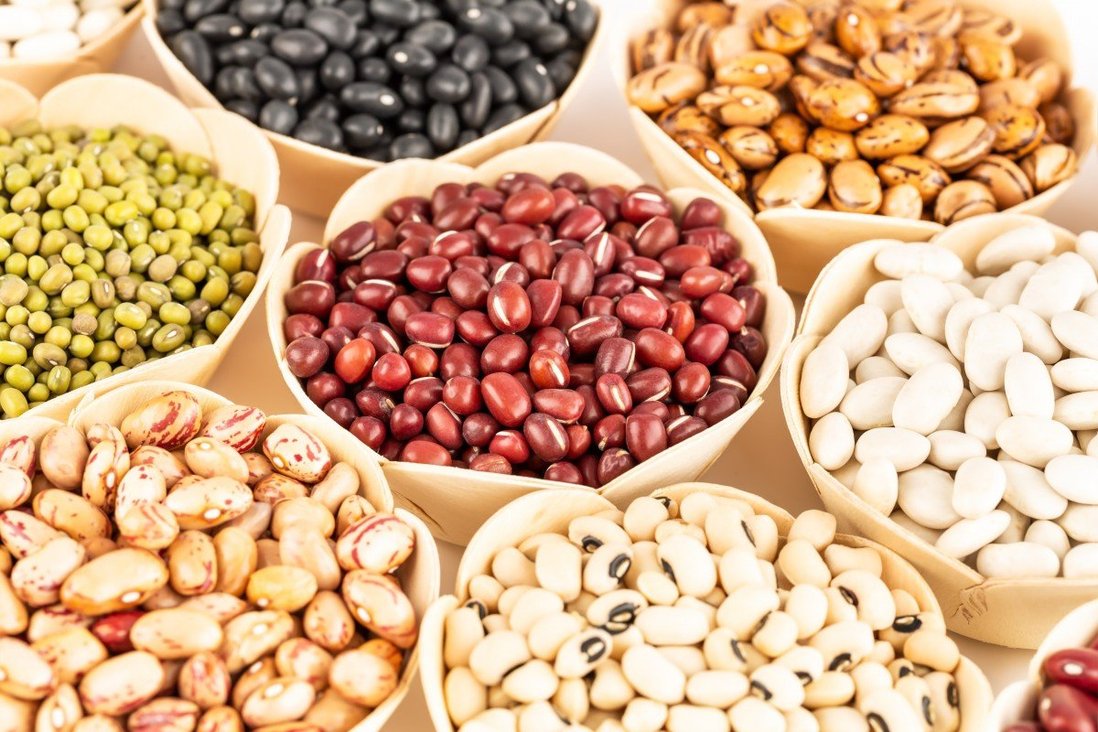 Bean is the edible seed or seedpod of some leguminous plants in the Fabaceae family. There are some well-known bean species in the genera Phaseolus and Vigna, although several economically important species can be found in diverse genera within the family. Beans, which are high in protein and contain moderate levels of iron, thiamin, and riboflavin, are used in cuisine around the globe in both fresh and dried forms.
The majority of bean types grow as either an erect bush or a climbing plant, although there are a few notable exceptions. Dwarf and semi-climbers are widely grown. Artificial supports are required to ease harvesting when the climbing variety is grown for its immature seed pods. The size, shape, color, and fibrousness or tenderness of the young pods vary widely amongst varieties. Pods produced by cultivars bred for dry mature seeds are generally too fibrous to eat at any stage of growth. The majority of edible-pod beans produce modest yields of ripe seeds or seeds of poor eating quality. Seed colors range from white to black, with solid colors and myriad contrasting patterns ranging from white to green, yellow, tan, pink, red, brown, and purple. Seeds might be almost spherical or flattened, elongated, or kidney-shaped. Beans, like other legumes, have a symbiotic relationship with nitrogen-fixing bacteria and can be used to enhance soil conditions by rotating with nitrogen-intensive crops like cereals.

Beans are a staple food crop in many regions of the world, and for people in underdeveloped nations, they are an especially significant source of high-quality, low-cost protein and minerals. Several species are economically important, and a plethora of regional variations have been developed.