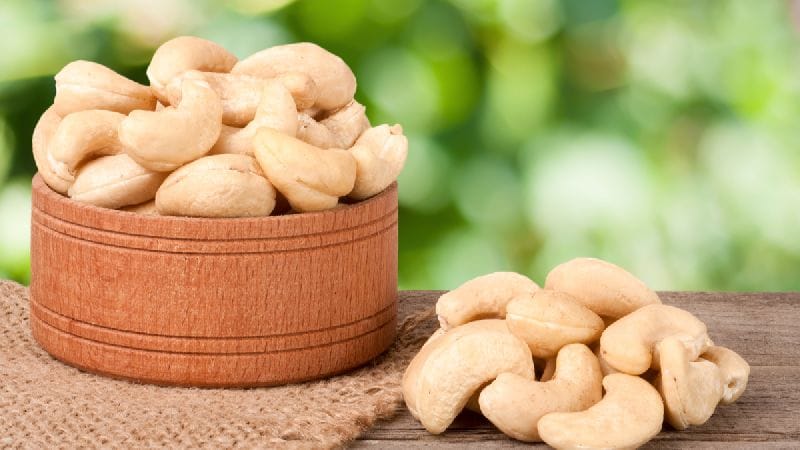 The brave Portuguese came sailing down the Indian shores four centuries ago, bringing with them the magnificent tree nut "Cashew," the world's wonder nut. Cashew arrived, conquered, and established deep roots throughout India's coastal region. Cashew found Indian soil to be more welcoming than its native place. Later, it became a well-liked crop in various parts of India.

The entire kernel of the cashew nut seed is protected by a testa membrane and a thick outer shell, which effectively preserves the delectable kernel from the ravages of nature from harvest through processing. It is soft, white, and meaty in its raw state. It changes color and flavor when roasted. The mellow pulp becomes crisper as the cashew kernel changes color from cream white to golden. It delights to the palette as the most delicious nut when salted.

Nikhil Mercantile Private Limited, one of the top supply chain managers of Premium Quality Cashew Kernels, was established in 2007 with a processing operation in Udupi (Karnataka). We buy, process, and trade high-quality cashew kernels for wholesale and retail consumers all over the world.

We consider it an honor to have created and fostered decades of deep local ties and a nationwide supply chain network in the industry. The significant presence on the ground in procuring, manufacturing, and distribution centers empowers our personnel.

Processing of Cashew Nuts in India

India was the first country to export cashew kernels to the rest of the globe and was also the first to develop cashew processing as a business.

India is the world's largest cashew producer, manufacturer, and exporter.

Raw cashew nuts are gathered from the growing areas and transported to the processing plants. Before being taken for processing, the raw nuts are completely cleansed and free of all foreign debris. Sun drying, drum roasting, oil bath roasting, and steam cooking are the four ways of preparing cashews.

Drying in the Sun

The raw cashew nuts are simply sun-dried for a few days before being shelled at room temperature.

Roasting in a Drum

Drum Roasting involves heating the nuts to a high temperature in a spinning drum before shelling them.

Roasting in an oil bath

The nuts are roasted in a bath of cashew shell liquid and the cashew nut shell liquid (CNSL) is extracted in this manner.

It is yet another improved Cashew processing method. The nuts are boiled to soften the shell before being sliced open to extract the kernel.

The testa is removed after drying in a normal after cutting or using mallets to open the roasted/steamed raw nuts. After that, the peeled kernels are assessed by size, shape, and color before being packed for shipment.